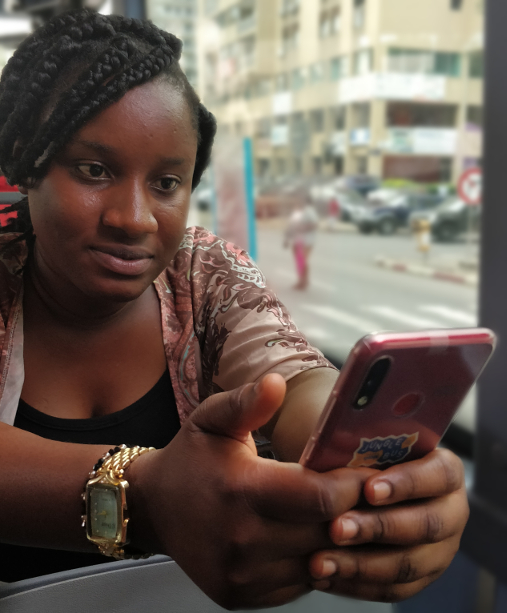 For several years I have been firmly convinced that the long-term success of OpenStreetMap is intrinsically linked to the resilience of local groups of contributors, their vitality and their independence.

The structure of the numerous local communities is very heterogeneous.

In France, we are an very active community, organised around the OpenStreetMap France association which is officially recognized as a chapter by the foundation.

Collectively, we have already achieved a lot: BANO (Base Adresses Nationale Ouverte (National Open Adresses Database), Umap, Osmose, OSM data, Ça reste ouvert (It stays open), Projet du mois (Project of the month) … We have a tile server with a specific French rendering, a (brand new!) in-house geocoder, we are influential on the country’s open data policy which, despite everything, is improving, in particular thanks to government institutions like data.gouv.fr.

However, this collective organisation is far from being evident in every other countries.

The Maps.Me app is widely used by backpackers. The feature of downloading all the data of a country on their smartphone is very popular with travellers. Personally, it allows me to translate the places I go to into French and English.

However, during a trip to Myanmar, I truly realized the extent of Maps.Me’s influence on OSM.

Beyond these aspects related to the contribution tool, the main problem is obviously that there is no organised local community ready to take care of the country’s data.

Looking more closely, we see that the five most active contributors in the country do not reside there. In addition, traditional communication tools (wiki page, mailing-list, etc.) are rarely used.

Striking example: I had to create the sport=chinlon tag and wiki page myself to indicate chinlon fields, despite this being the most popular sport in the country!

To the best of my knowledge, there is currently no contribution or cartographic rendering tool that takes this sport into account

The great wealth of OpenStreetMap lies not in its data but in its community.

This situation deserves more attention. This requires both improving tools and joint efforts to bring about the emergence of a real, active, local community able to enrich OSM itself with its local specificities.

In a country with such a lack in local contributors, remote mapping guided by artificial intelligence is now successful in achieving large-scale success.

Risks and opportunities of AI

Guided in part by their desire to counter the ubiquitous Google Maps, companies like Apple, Microsoft, Facebook and other major digital players have been investing heavily in OpenStreetMap for several years. Their approach, which is very Californian, is first and foremost centered on solving complex technical problems.

For Facebook, the Map with IA project allows the automatic detection of routes through deep learning techniques applied to aerial photographs. After a rather controversial first phase of fully automated integration in Thailand, Facebook realized the importance of human validation and developed the RapiD tool.
This combination of the power of automatic detection supported by human manual control (a posteriori) quickly gives much more accurate results meeting the expectations first set out by Facebook.

Microsoft also has its machine learning project, properly named « assisted intelligence » in order to detect the outline of buildings and integrate them into OSM. The combined presentation of Microsoft and HOT (Humanitarian OpenStreetMap Team) during Sotm 2019 presents this exciting project in detail.

Many other similar projects exist and it’s true that greater automation of tasks enabled by technology is already bearing fruit.

The improvement of existing tools also reinforces these results. That is the case, for example, of the use of the Tasking Manager from HOT, for which an upward long-term remote contribution trend is confirmed (see the presentation of the University of Heidelberg at SotM 2020 about it).

However, remote mapping will never completely replace the work on the ground carried out by local communities. Therefore it seems to me that we still have work to do to grow or even create permanent communities in many countries.

The magic formula for a sustaining local community

The ideal method for creating a sustainable local community does not exist, and we must constantly juggle the different local needs.

When carrying out an OSM project outside of OECD countries, the primary needs to be covered are of several types: amenities, hardware, software, training and support.

What problem are we trying to solve?

Beyond the questions related to the success of the project (including amenities, hardware, software, training and support), the question that should always be asked is: « What problem are we trying to solve? »

If the answer is « create data to support a specific goal » then you have to dig deeper. Data is never more than a medium for solving more fundamental problems. OpenStreetMap being a data centric project, it is common for this fundamental question to be underestimated in the community.

It is not easy to precisely identify the real world problems to be solved. Here are a few select examples:

For the OpenStreetMap Morocco association, having a map including occidental Sahara as part of the Moroccan territory was an essential prerequisite in order to implicate any local authority. OpenStreetMap.org website display isn’t fitting with this. That is why OSM Morocco, supported by OSM France association, opened a dedicated tile server on its website.

On the contrary for Nathalie Sidibe who launched the OSM community in Mali, « open data makes it possible to fight effectively against terrorism and for humanitarians to step in under better conditions » (source).

With these two examples, we can therefore see that very specific needs depend closely on the local context and can vary greatly from one country to another.

In many regions, the main need is for very different subjects. We can cite risk prevention (floods, earthquakes, … see on this subject the excellent work of the French association HAND (Hackers Against Natural Disasters), the creation of an addresses dataset, an agricultural land register or a public transport map. My company, Jungle Bus, has specialised in this last need.

This is an issue which Jungle Bus has sought to address in recent years.

In all of our projects, we systematically provide the necessary inputs (amenities, hardware, software, training and support) but also take into account the impact on the development of the local community.

Thus, we always ensure to train members of the local community while strengthening relationships with key local stakeholders.

For example, during the mapping of the transport network of Abidjan in Ivory Coast (see the result in OpenStreetMap), we organised training in the Ministry of Transport’s office in cooperation with the OpenStreetMap Côte d’Ivoire association.

We also made sure that the members of the community had access to an office in the ministry for several months allowing for direct access to the GIS experts.

Beyond the magic formula

The problem we are trying to solve, beyond « producing quality data for traveller information », is to involve local contributors in the maintenance of the data, of pushing them to invest in OpenStreetMap in the long term, even after the end of our contract. This is only possible by creating a local open data community related to transport that is not only focussed on OpenStreetMap.

Jungle Bus’s offering therefore goes beyond simply applying a « magic formula » that would meet the needs of the local community (by providing amenities, hardware, software, training and support) and offers specific and engaging solutions to a wide range of local stakeholders.

For all these reasons, the salvation of OSM in countries where the community is not structured will come from the resilience of local groups of contributors, their vitality and their independence.

This can only happen with the combined action of contributors investing in OSM while looking seriously at solving problems exogenous to the OSM universe (such as transport mapping being addressed by Jungle Bus) and of those who invest in the long-term development of local communities (such as Les Libres Géographes or the Open Cities Africa program).

So I pose the question to you, what do you think is missing for us to succeed in building a truly global and decentralised OSM community?